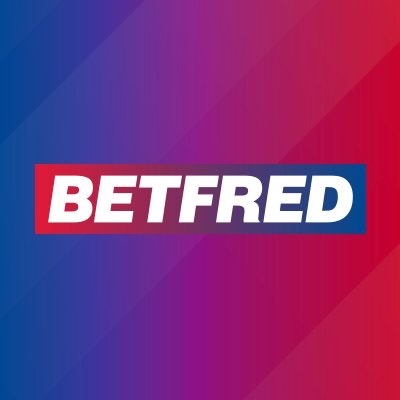 Andrew Green secured his huge winnings after taking the betting firm to court for refusing to pay out. He described the six months waiting for the decision as “mental torture”

A Betfred punter who will finally be granted a life-changing £1.7 million jackpot has spoken of his relief after a three-year legal battle with the bookmakers pushed him into his overdraft.

Andrew Green, 54, took the firm to court over their refusal to payout his online winnings and described the last six months as “mental torture” as he waited for the judge’s decision.

Betfred initially congratulated Mr Green on his huge win in an online blackjack game, but days later the company backtracked and said he had won because of a “software glitch”.

Mr Green told the Mirror: “Even with this outcome, the last three years have been the worst of my life.

“It’s been such an emotional rollercoaster and to finally put a stop to it all is such a relief.

“I couldn’t sleep last night and wandering around by the London Eye at 4am this morning, I’m numb. It still hasn’t settled in.”

It argued it did not have to pay out, but on Wednesday a High Court judge ruled in the customer’s favour.

Mr Green told the Mirror: “Even with this outcome, the last three years have been the worst of my life.

“It’s been such an emotional rollercoaster and to finally put a stop to it all is such a relief.

“I couldn’t sleep last night and wandering around by the London Eye at 4am this morning, I’m numb. It still hasn’t settled in.”

Mr Green, from Washingborough, Lincolnshire, hit the jackpot in January 2018 while playing the online game Frankie Dettori Magic Seven Blackjack.
Following the win, he extended his overdraft and spent more than £2,500 celebrating with friends and family.

But a few days later, a Betfred director called him to see there had been a “software error” and it was rejecting the claim.

Mr Green has ruled out an extravagant spending spree following the court’s decision.

After Mr Green challenged the decision, the company offered to pay £60,000 as a token of “goodwill” on the condition he agreed not to talk about it ever again, but he refused.

In her ruling High Court judge Mrs Justice Foster said the firm did not have grounds to withhold the punter’s jackpot payment.

Mr Green celebrated the end of his ordeal by having a pizza with his daughter before heading to bed.

But he said he still does not know when he will receive the money or how much the total figure will be, which is set to include interest.

He told the Mirror: “It’s been over a thousand days of waiting for this payout. Waiting this long has been so hard – emotionally, financially and physically.

“I’m now in my overdraft to the limit. I had savings and the case gobbled all that up.

“I was talking to my solicitor last week saying I would have to sell my motorbike and other personal items if this carries on much longer.”

Mr Green’s lawyer took on the case on a no-win no-fee basis but he still had to pay £10,000 to get it before the High Court for last October’s hearing.

When he does receive his winnings, Mr Green said he will not go on another flutter as he vowed never to gamble again because he longer has any confidence in bookmakers.

He has ruled out extravagant spending but does want to take daughters Natasha and Abbie on holiday.

The dad would also like to pay for some home improvements and buy a car.

He said: “I’ve been divorced since 2011 and my girls and I have only had one holiday abroad in 10 years.”

Betfred apologised for the delay in Mr Green receiving his money and said they would not be appealing the court’s decision.

His legal team applied for Betfred to pay him within a week of Wednesday’s judgment, but he claims the bookmakers’ lawyers have asked the judge to extend this to a fortnight.

Mr Green added: “It’s been mental torture. We were being told ‘you’ll have a result by the end of next week’.

“I’d hardly sleep that week thinking ‘am I going to be a millionaire’ and then that week would come and go.”