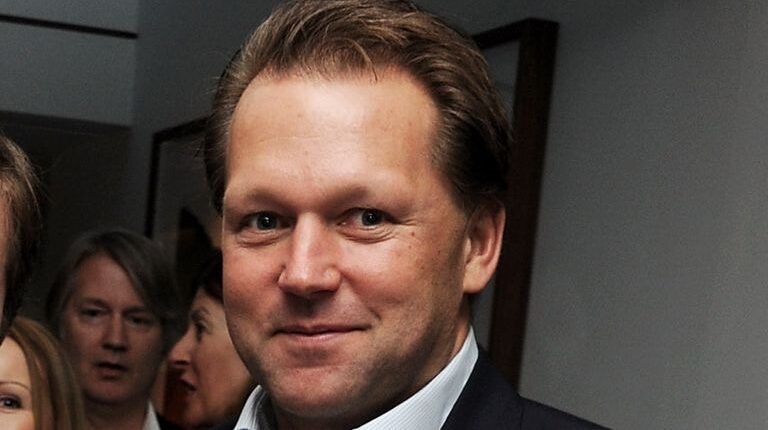 David Ross, the billionaire co-founder of The Carphone Warehouse and prominent Conservative Party donor, is to step down as chairman of the Royal Opera House (ROH) just months into a four-year tenure.

Sky News has learnt that trustees of the globally renowned institution in London’s Covent Garden have begun preparing to find another long-term chairman after being informed of Mr Ross’s impending exit.

The search will get under way little more than nine months after Mr Ross was announced as the successor to the late oil trading magnate Ian Taylor, and just eight months after he took up what was supposed to be a role lasting until late 2024.

Sources close to the situation said this weekend that the tycoon’s departure had been triggered by his prospective appointment for a second term as chair of the National Portrait Gallery (NPG) by the culture secretary, Oliver Dowden.

Mr Ross is expected to be confirmed for another term at the gallery in the coming weeks, according to insiders, leaving him with little choice but to step down from the Royal Opera House post.

One source suggested that Mr Ross had initially assured the ROH’s board of trustees that he would leave the National Portrait Gallery if they agreed to appoint him, but that circumstances relating to the contested history of the gallery’s works meant he was expected to remain in place there instead.

On his appointment at the ROH, he said he was “passionate about creating opportunities for all and ensuring that everyone can enjoy our great cultural institutions, artists and musicians”.

A prominent arts and education philanthropist who has spent millions of pounds of his own money funding academies across the country, Mr Ross has close links to the Conservative administration.

He “facilitated accommodation” for Boris Johnson on Mustique during a £15,000 holiday that the prime minister took on the Caribbean island at Christmas 2019, according to a spokesman for the businessman.

His imminent Royal Opera House exit has baffled arts industry figures during a period when it has been forced to rely on an emergency loan from the government’s Arts Recovery Fund to see it through the COVID-19 crisis.

The ROH is funded by an annual grant from Arts Council England as well as from ticket sales and private donations – an area where Mr Ross has a track record as a prolific fundraiser.

Last November, the businessman stepped in to shore up the Opera House’s finances by purchasing David Hockney’s portrait of the late Sir David Webster, the institution’s former chief executive.

Mr Ross paid a reported £12.8m, including fees, for the painting, which he immediately loaned back to the ROH to continue hanging there.

A source close to him said he had stepped in to preserve the portrait in British ownership and had promised to keep it on public display.

“It was key to stabilising the ROH’s funding,” the source said.

Officials at the Department for Digital, Culture, Media and Sport (DCMS) have been briefed on the situation with the ROH board but will not be directly involved in the search for Mr Ross’s successor.

Sir Simon Robey, a former chairman of the ROH and now its honorary vice-president, is expected to step in as interim chair pending the appointment of a long-term replacement, insiders added.

The ROH’s board includes an array of prominent figures from the arts and business worlds, including Sir John Kingman, the former Treasury mandarin, the former BP chief executive Lord Browne, and Sir Lloyd Dorfman, the Travelex founder.

Lady Heywood, widow of the former Cabinet secretary Sir Jeremy Heywood, is deputy chair of the ROH’s board of trustees.

Mr Ross is understood to have seen off competition for the chairmanship role last year from George Osborne, the former chancellor.

Like other arts and cultural institutions, the ROH has seen its finances decimated by the pandemic.

Alex Beard, its chief executive, said in December that it was “hugely grateful for the significant and vital support from Arts Council England and DCMS through the Culture Recovery Fund”.

“This repayable finance will help address some of the immediate financial damage caused by this crisis, easing our route to re-opening and paving the way for the world’s greatest artists to once more return to our stages.”

A spokeswoman for the Royal Opera House declined to comment on Saturday.

A DCMS spokesperson said: “We have no role in the appointment processes for positions on the board of the Royal Opera House.

“All public appointments are considered in line with the government Code for Public Appointments.”

Neither Mr Ross nor Sir Simon could be reached for comment.

By coincidence, the news of Mr Ross’s departure from the ROH comes on the same day that Sir Charles Dunstone, his former business partner, is reported to have resigned as chair of the Royal Museums Greenwich in protest at the government’s refusal to reappoint a prominent trustee.

The Financial Times said that Mr Dowden had blocked a second term for Aminul Hoque, an academic, as part of what the newspaper called “a culture war”.

In recent weeks, Sky News has reported that other figures with Tory links were being considered for major public positions, including the former minister Lord Marland, who has been shortlisted to chair the Competition and Markets Authority.