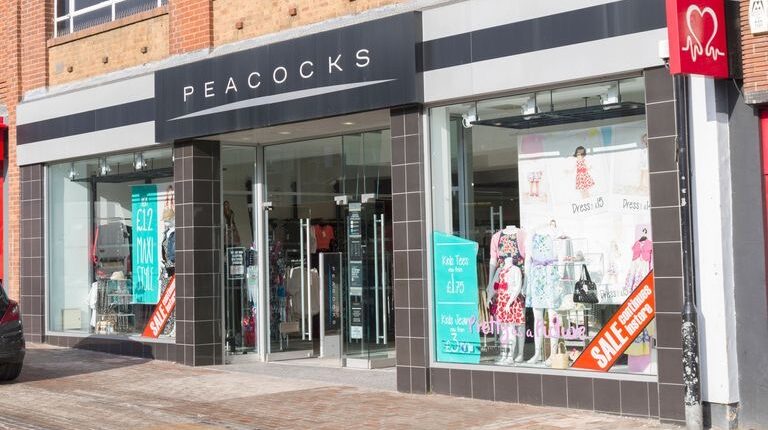 Half of the fashion chain’s stores are set to reopen in future as administrators agree a deal to save the brand.

Half of the fashion chain’s stores are set to reopen in future as administrators agree a deal to save the brand.

The future of collapsed fashion chain Peacocks has been secured under a deal that will see its high street presence halved compared to pre-coronavirus crisis levels.

As Sky News reported on Monday, administrators confirmed that 200 of the 400 stores and 2,000 jobs had been saved by a senior executive – with backing from a consortium of Dubai-based investors.

It is understood that 2,000 jobs have already been lost – adding to the COVID-19 retail casualty list that has seen the likes of Debenhams and Sir Philip Green’s Topshop empire erased from the high street.

Marks and Spencer bought the Jaeger brand – another within EWM’s former stable – in January.

This deal marks the end of EWM tycoon Philip Day’s direct involvement in the British retail sector as the remaining parts of his fallen empire, including the EWM and Bonmarchebrands, have already been sold to a separate vehicle controlled by Mr Simpson.

Dubai-based Mr Day was the biggest creditor of Peacocks and, under the deal negotiated with administrators FRP, he will get his money out of the company through a deferred loan agreement with the consortium.

Unsecured creditors, including landlords, will lose out.