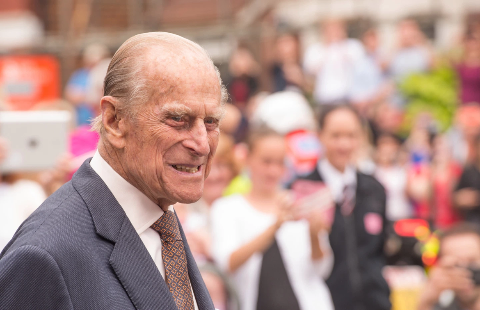 Prince Philip’s funeral guest list revealed – The 30 people attending – and those who are not.

PRINCE Philip’s funeral will take place on Saturday in a royal send-off like no other – with just 30 mourners in attendance.

Due to Covid regulations, the Royal Familyhas been forced to scale back the affair – with even the Prime Minister giving up his space.

Buckingham Palace today released the list of those who attending as the Duke of Edinburgh is laid to rest in Windsor on Saturday.

All of the duke’s grandchildren and their spouses – including William, Harry, Eugenie and Beatrice – will also be attending.

Three of Philip’s German relatives – Bernhard, the Hereditary Prince of Baden; Donatus, Prince and Landgrave of Hesse; and Prince Philipp of Hohenlohe-Langenburg – are among the attendees.

Others include the Queen’s first cousins Princess Alexandra, the Duke of Gloucester and the Duke of Kent, who loyally supported the monarch and Philip by carrying out royal duties over the decades.

The final guestlist means a couple of speculated mourners have not made the cut.

This includes Prince and Princess Michael of Kent, the Duchess of Gloucester and Philip’s private secretary Archie Miller-Bakewell.

Meghan Markle is also not attending as she is pregnant and none of Philip’s ten great-grandchildren will be there as they are too young.

Buckingham Palace said the Queen faced “some very difficult” decisions as she selected the 30 guests from the original 800 mourners.

The public have been warned to stay away from the event, which is taking place behind the walls of Windsor Castle.

They have also been urged not to leave flowers for the duke and instead told to sign online book of condolence if they wish to pay their respects.

Well-wishers have instead been told to watch the funeral on TV as there is no public access anyway.

They have insisted the pared-back event is in keeping with the personal wishes of no-fuss Philip.

A Buckingham Palace spokesman said: “At its heart it is still a family event.

“We are following the Covid guidelines. There was a limit on who could be invited as a guest and Her Majesty wanted to ensure that all branches of the duke’s family were there, and had to make some very difficult decisions about who would be there.

“For those that unfortunately can’t be there, I’m sure they will be making their own private arrangements about how they commemorate the duke, and indeed celebrate the duke. “