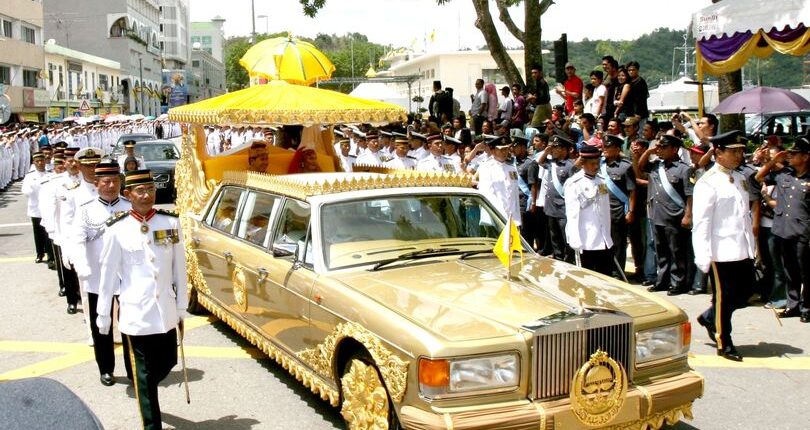 The Sultan came to power on October 5, 1967, taking over from Omar Ali Saifuddien to become the 29th ruler of the country.

The 75-year-old is also the Prime Minister, Minister of Defence and Minister of Foreign Affairs, too.

So it’s no wonder that he has amassed an extraordinary large amount of wealth, which goes with his extraordinarily large full title.

Where he stores them is unknown, although some reports indicate that he actually rents them out to car collectors to provide further income.

It was rumoured that he owned more than half of all Ferraris sold between 1990 and 2000.

Anyone who can afford that many cars, has to have a ridiculously expensive home. And he does.

The Istana Nurul Iman Palace was built in 1984.

It spans a whopping two million square feet, and is the largest place in the world, according to the Guinness Book of World Records.

It comes complete with a 22-carat gold dome, 1,700 rooms, five huge swimming pools and 257 bathrooms – because he clearly likes variety when he needs the loo.

It also has 110 garages, which could explain where he stores his incredible fleet of cars.

Strangely, someone calculated that it has 564 chandeliers which need 51,000 light bulbs to make work.

As is expected of any wealthy leader, he has his own private zoo containing 30 Bengal tigers, several falcons and a myriad of flamingos and cockatoos.

The palace is not open to the public, but is used for important state functions and specific Muslim holidays when around 110,000 people will come during the eid-ul-Fitr festival.

It is valued at around £1.3billion, but will likely never hit the open market. 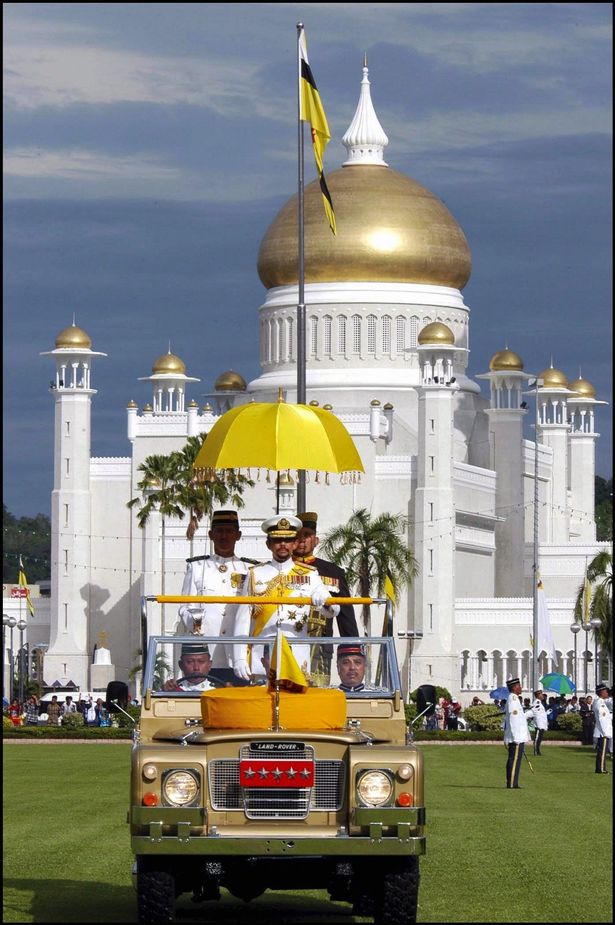 The Sultan has been married three times – all at the same time. 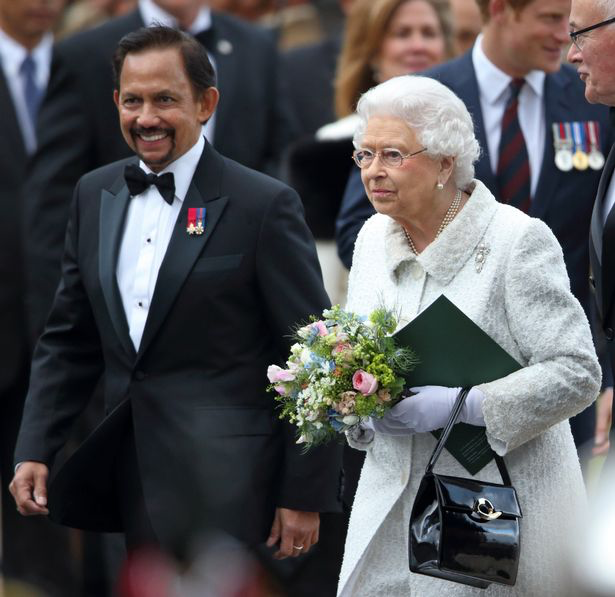